Ben and Joe Styles are identical twin brothers from Castlebar, Ireland who both suffer with Duchenne Muscular Dystrophy. They were born on February 7th, 1987, and their parents assumed they had healthy identical twin boys with no sign of anything wrong. They began to suspect that there were problems as the boys did not start walking until they were 19 months old.  They also had huge calf muscles, walked with an arched back, and had difficulties with balance.

This continued for some time until their sister Tanya had her six-month check-up. Their mother happened to share her concerns with the doctor who examined the boys and agreed there was some kind of a problem. An appointment was arranged for them to meet with a neurologist. She did a muscle biopsy and as a result of this procedure both Ben and Joe were diagnosed with Duchenne Muscular Dystrophy at the age of 4. This was obviously devastating enough for their parents without then being given a grim diagnosis that their boys would probably not get past their 15th birthday.

Ben and Joe are now 27 years old. Over time their walking continued to get harder and was taking much more effort. They couldn’t walk long distances without the aid of a wheelchair and started to crawl more often than walk. Ben was the first to stop walking at age 8. They fell constantly. At age 11, Ben developed type one Insulin dependent Diabetes. Ben was age 12 (and then Joe at age 13) when he had to go for surgery his Spinal correction surgery muscles get weaker and weaker until the spine can’t support itself anymore so titanium rods have to be wired down each side of the spine. At age 17, both started to use a BiPAP (non-invasive ventilation) just at night. Joe then came down with diabetes at age 17. Now they use BiPAP ventilation for almost 18 hours a day and keep themselves busy with the aid of technology.

Recently, the Lads moved with their family from Ireland to Fleetwood, Lancashire, UK so that they can receive even better medical care. Since moving, their ventilators have been adjusted and they have been doing incredibly well. 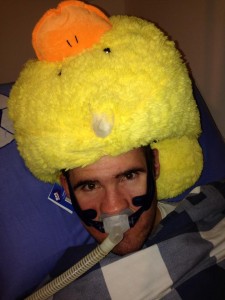 Ben on his 27th birthday 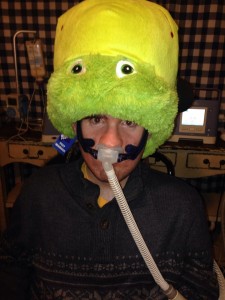 Joe on his 27th birthday