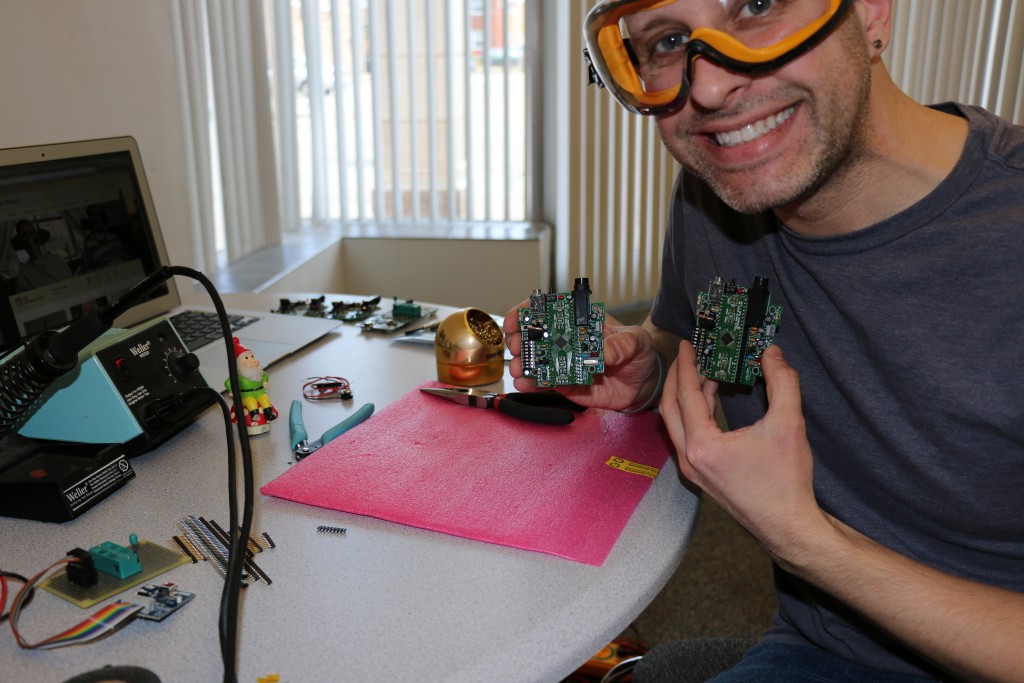 Today I built the two microphone belt-packs for the Lads. Initially, these are built exactly the same that I build my Thumper TH100 throat microphone belt-packs. Those are designed for beatboxers, but the Lads won’t be doing much beatboxing (although I plan to teach them a little). I’ll make these belt-packs into a special model for the Lads that is powered off USB and will inject audio directly into the USB bus, so no additional audio adapters will be necessary. The DSP program on the EEPROM will also be custom just for the Lads. I’ll have my programming hardware with me in the UK so we can experiment with varying the processing to fit their needs.

I leave for the UK one week from today and I’m getting really excited. Earlier, I chatted with the Lads’ mother, Diane, about where they are living right now. They had previously told me they were moving to Preston, but it looks like that won’t happen for a couple weeks. So now Sam and I are headed to Fleetwood, Lancashire to work with the Lads. I cancelled the hotel reservations I had booked and we found a new hotel about 3 minutes from the Lads’ house.