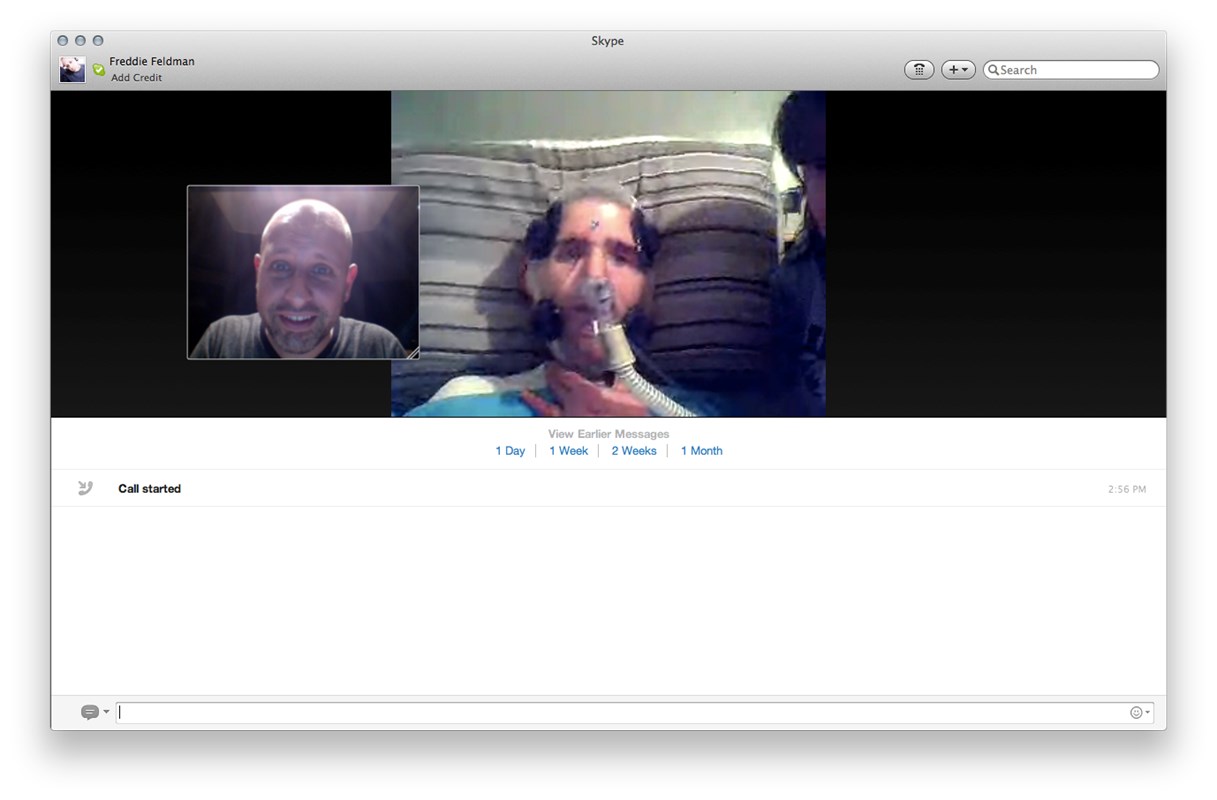 We have now completed our second week of fundraising and we’re up to $3,464 and 255 likes on our funding page (if only “likes” were worth $5 each, eh?). Thank you SO much to all the contributors & supporters so far. There are a lot of people reposting, sharing, emailing the link around and we’re getting some great responses. We received one particularly large contribution from Kunal Ambasana in Birmingham UK last week of $2000. Amazing! Kunal is a performer that beatboxes and plays didjeridoo at the same time. He owns 2 Thumper throat mics too (a TH75 and a TH100). Kunal, when I spoke with the Lads last week, they asked me to thank you directly for your generous contribution. Thank you!!

SKYPE CALL WITH THE LADS

I had a Skype video call with the Lads and we discussed their health, their upcoming move, and their new equipment. They are currently in Fleetwood, but by the time I get out there in April they will have moved to Ashton, near Preston. It’s easier and closer to their hospital. They did mention that since moving from Ireland to England, their health has improved dramatically. The treatment they were getting in Ireland was not working for them and the move away basically saved their lives. They are also on new BiPAP machines and smaller face masks from Philips and recently shot a promotional video for Philips that will be shown at a conference very soon.

I’ve promised the Lads we’ll have another video call with them in a couple weeks and this time I’ll be using a throat mic on my end. This way, they can hear what it will sound like. I will try to record the Skype call for practice too so we’ll be able to record some calls when I visit them. I’m still waiting on a BiPAP machine to test with here, but Joe did give me this warning: “Be careful experimenting with the ventilator machine, set it on it’s very lowest setting or you’ll feel like your lungs are going to explode.” WHOA.

My buddy Sam Nulton and I have been discussing the project for a while and he’s now on board to travel with me (from New York City) to shoot the whole thing for a video we will release after the trip. Sam is a camera operator for SportsNet NY, Bloomberg News, and MSG. You probably saw of his camera work this past week during the “Super Bowl Week” coverage in Time Square. Sam also happens to be our amazing lighting designer for the SingStrong a cappella festival.