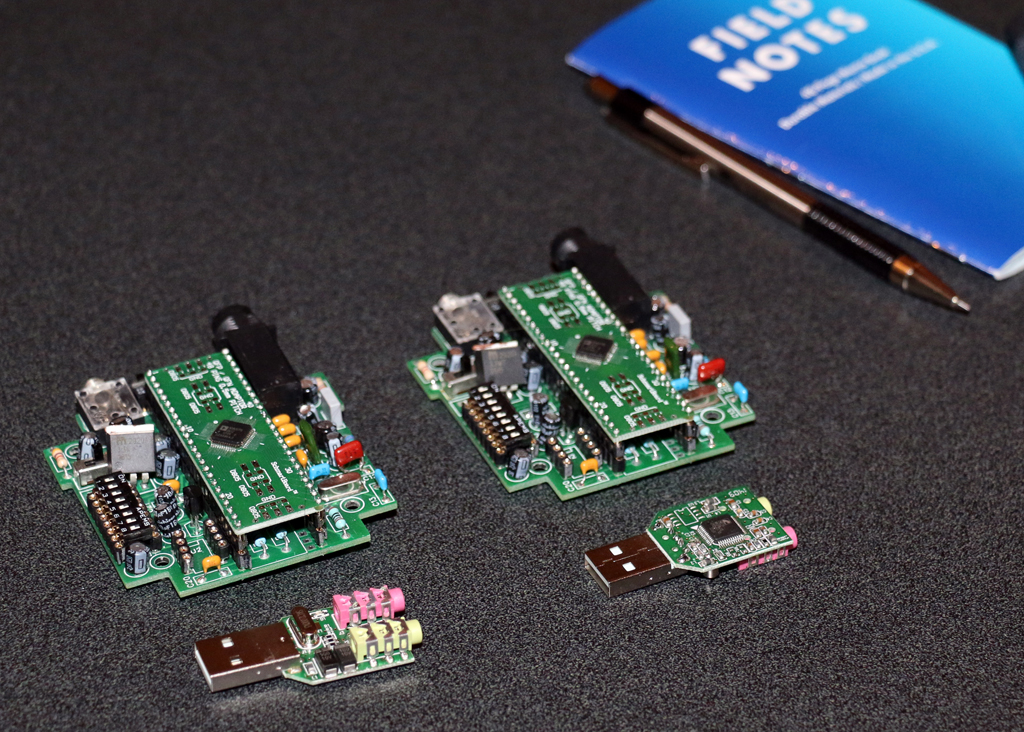 I’m done building the belt-pack processors for the Lads’ throat mics. Normally, the Thumper TH100 throat microphone has a 1/4” unbalanced output connector (like a bass guitar) and is powered by a single 9V battery. This won’t work for the Lads because they will hopefully be using it for long periods of time and replacing batteries is just silly. By adapting the belt-pack processor to power off the USB bus and inject the output audio directly into a USB stream, we’ve eliminated battery changes and streamlined the use of the mic.

This mod wouldn’t work for beatboxers using the Thumper because they will always have a second microphone in use for mouth sounds and audio software won’t usually allow you to use multiple USB audio devices simultaneously. At one point, I thought of adding a second mic input to the Thumper and then add USB for audio/power/charging. But it got too complicated, too hard to cram into the belt-pack enclosure, and not something that I think a lot of users would really want or need.

I have done this modification a few times for a company that asked me to make a similar microphone for their speech recognition systems. I still have my notes handy from that test, so at least I’m not re-inventing the wheel there.

RENTED A CAR IN THE UK

Sam and I priced out cab rides from Manchester Airport to Fleetwood and they’re looking like £95 each way. It’ll be much cheaper to rent a car and then be able to drive wherever we’d like while there and not rely on the Styles’ to shuttle us around (we don’t want to be a bother). We at least knew to specifically order an automatic transmission, HA! So expect some interesting blog posts related to driving in the UK. FUN!

Comments are now closed for this article.